No Retreat, No Surrender

After Reggie Wilson, a witness in a former case of Erin’s, asks her for help shutting down a drug operation in his apartment building, she makes it her mission to make the building safe for his family. Also, while investigating a teen’s suicide, Danny and Baez uncover information that suggests the death was a homicide, and Frank looks into potential misconduct within the Mayor’s office. 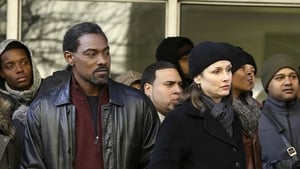