The Woman in the Sand

When the skeletal remains of a federal prosecutor who disappeared five years earlier are found in the desert outside Las Vegas, the team suspects it to be tied to the mob. Booth and Brennan go undercover as Vegas high-rollers in an attempt to uncover the mystery, Booth risks his life. 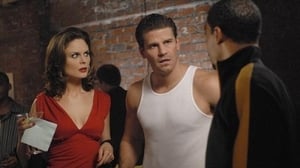