The Tough Man in the Tender Chicken

Remains of a chicken farmer are found on the bank of a nearby river, and Booth and Brennan are called in to investigate. The farmer, who was an animal right activist, was about to inherit a chicken factory and had many enemies with motive to kill him — leaving the team with a lot of murder suspects to sort through. 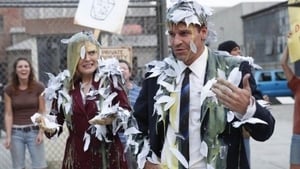