The But in the Joke

A street artist who is plastering his work on a billboard falls into his glue—and onto a corpse—so the team try to get him unstuck from the remains as they also work to identify the body. Meanwhile, Booth takes a stab at stand-up comedy at a club’s open-mike night to look for suspects; and Angela finds herself attracted to the street artist. 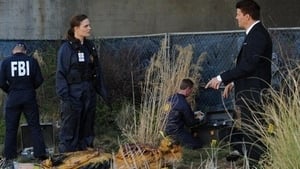