The Recluse in the Recliner

The team investigates the death of a man who had offered Booth information on a possible government cover-up related to a previous case, but was killed before their meeting took place. As Booth and the Jeffersonian team dig deeper into the burgeoning conspiracy surrounding the man’s death, it’s evident Booth may be in over his head, and his future with the FBI is put in question. 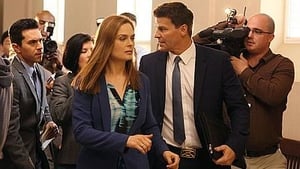