An inept North Korean pilot, known as “5 O’Clock Charlie”, makes his daily attempt to bomb the ammo dump. Frank puts in a request for an anti-aircraft gun, which is granted when Charlie hits General Clayton’s jeep. Frank takes charge of the gun, while Hawkeye and Trapper are determined to prevent him using it, by getting rid of the ammo dump. Frank misses Charlie and destroys the dump. 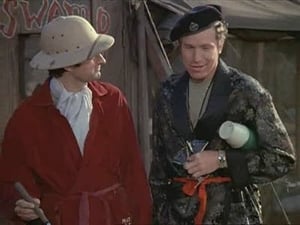