Radar writes the weekly activity report. Hawkeye operates on a wounded prisoner who grabs a scalpel and attacks the doctors. Frank wants Klinger thrown out on a section 8,so Henry calls in a psychiatrist, Major Freedman. Hawkeye is attracted to a new nurse but thinks she is married. Trapper loses a patient who developed complications during the O.R. fracas with the wounded soldier. 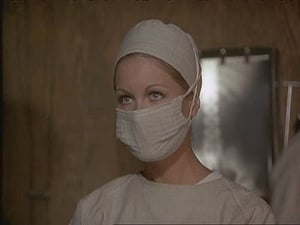