Klinger redecorates his quarters, but the resultant ridicule he receives drives him to new heights in his efforts to get out of the Army. Meanwhile, the doctors are perplexed by the reaction of an Asian-American war hero who tries to kill himself when he’s told that he will be going home. Sidney Freedman is called in to assist. 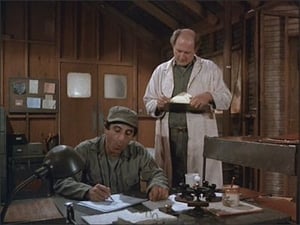