At the Earth's Core

It is Kinga’s wedding day and she coerces the Manager of the Hive Mind to fill the seats at Moon 13 with guests. Max, disheartened, receives a manly pep talk from Doug McClure. An unexpected guest officiates the wedding. Jonah and the bots riff on At the Earth’s Core.Movie Plot: An English scientist has invented a massive drill that can dig deep into the earth. Joined by his adventure-seeking American backer, he accidentally discovers an underground civilization of primitive humans who live in fear of telepathic flying monsters. Original film made in 1976. 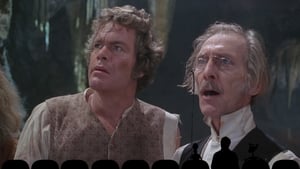