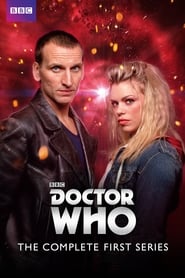 Doctor Who TV Series | Where to Watch?: Season 1

The first series features Christopher Eccleston as the ninth incarnation of the Doctor, his only series in the role, accompanied by Billie Piper, as his first and main companion Rose Tyler, whom he plucks from obscurity on planet Earth, and to whom he grows increasingly attached. He also travels briefly with unruly boy-genius Adam Mitchell, played by Bruno Langley, and with 51st-century con man and former “Time Agent” Captain Jack Harkness, portrayed by John Barrowman. Episodes in the series form a loose story arc, based upon the recurring phrase “Bad Wolf”.