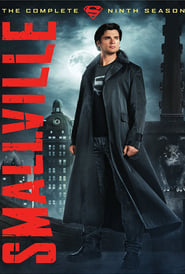 Last season, the enticing Tess Mercer maneuvered her way through town, discovered Clark’s true identity and unleashed a new world of danger. Clark, he also met his greatest match: Doomsday. When Clark wasn’t busy battling the beast, he was knee-deep in work at the Daily Planet. As Clark’s persona as the cub Planet reporter emerged, so did his feelings for Lois, the fated love of his life. In season nine, Clark Kent has to rise to the occasion as Zod and his followers scheme to take control of planet Earth.