Colonel Potter meets a female soldier of the same age and interests as himself, named Lil. The others in the camp think that he might be cheating on Mildred, even though his friendship with Lil is completely platonic. Meanwhile Hawkeye tries to find out what B.J.’s initials stand for. As it turns out, he was named after his parents, Bea and Jay Hunnicutt. 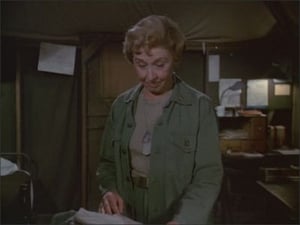