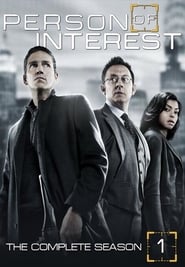 Person of Interest TV Series | Where to Watch?: Season 1

A supercomputer developed by reclusive billionaire and software genius Harold Finch analyzes data patterns in surveillance for the U.S. government to identify impending acts of terrorism. But the computer, known only as “The Machine”, can also identify ordinary people who are about to be involved in violent crimes. Can those crimes be stopped before they take place? Secretly tapping into The Machine, Finch and ex-CIA agent John Reese use vigilante tactics and state-of-the-art technology to identify the soon-to-be victims and prevent the crimes from occuring. Meanwhile, two NYPD detectives Joss Carter and Lionel Fusco are drawn into the cases and the mystery surrounding the two covert crime fighters.