The Corpse on the Canopy

After Hodgins and Angela are drugged and wake up to a bloody corpse hanging in the canopy of their bed and flower petals around their son Michael’s crib, they are forced to believe that Pelant is back for revenge against Hodgins. Although Hodgins wants to go after Pelant directly, Booth knows it’s best to work within the system and not go against protocol. Meanwhile, as the Jeffersonian team investigates the corpse, they discover the victim was a Special Forces agent working for the world’s biggest supplier of mercenaries, and Angela and Hodgins decide to start an investigation without the rest of the Jeffersonian team for the sake of their family. 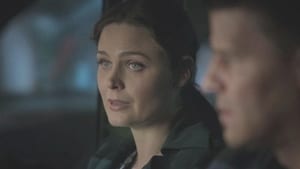