The Secrets in the Proposal

The Jeffersonian team investigates the murder of Jason Siedel, an accountant for the state department, whose remains were found in a hotel air conditioning unit. When Booth finds his old army buddy and CIA agent, Danny Beck, clearing away evidence at the victim’s condo, he begins to realize that Siedel’s murder could yield more suspects than the team had anticipated. Booth also seeks out Aldo Clemens, his friend and an ex-priest from their military days together, to get advice on his relationship with Brennan, now that Pelant has put a wedge between them. Meanwhile, Brennan must decide whether to have faith in Booth or to end her relationship with him. 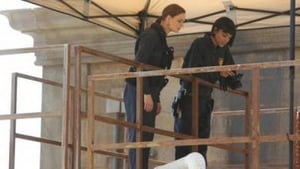